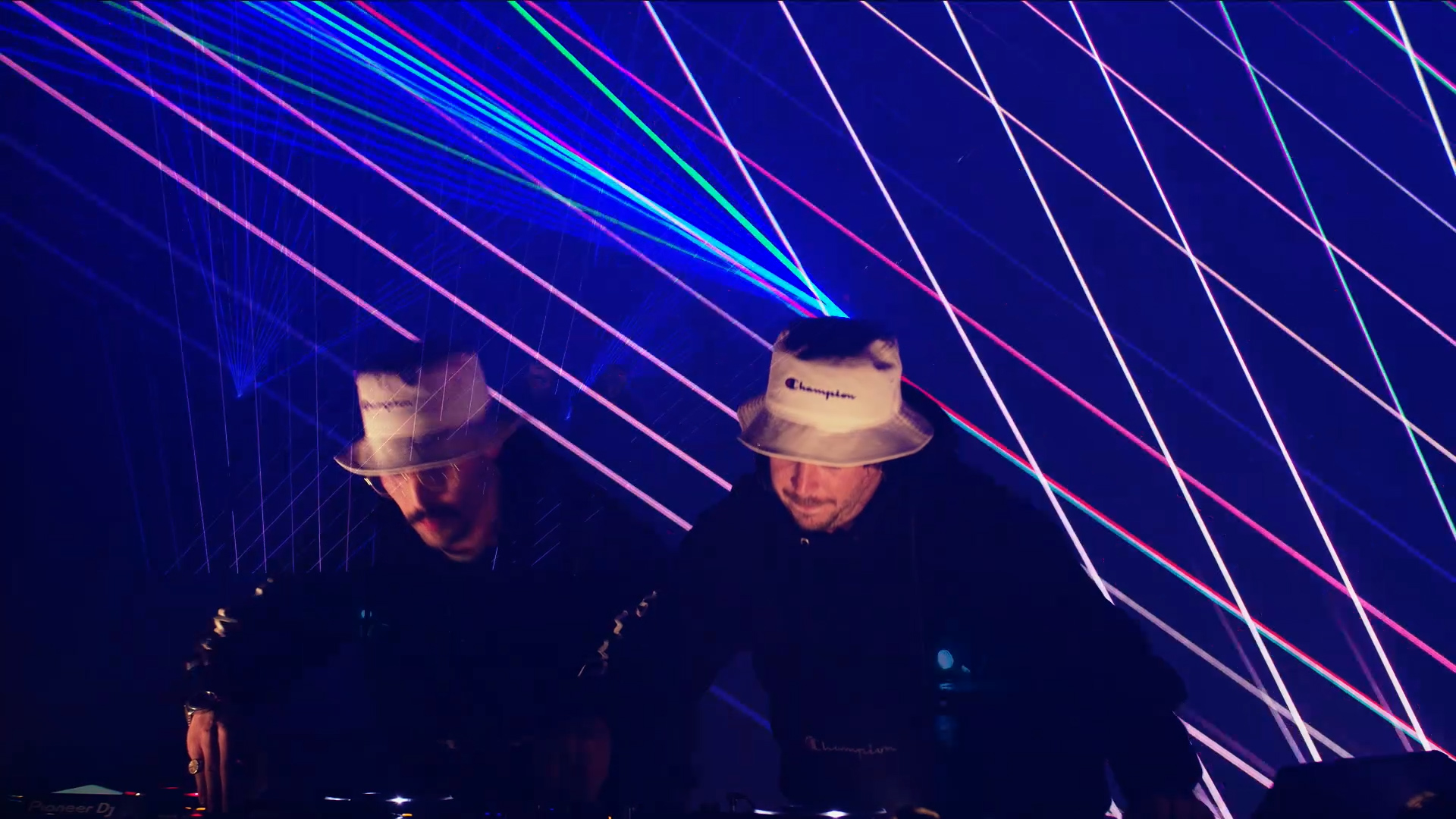 As part of the Iso-Late festival in June 2020, Colourblind were engaged by Benson x Stace Cadet to create an enduring display for fans watching at home, something that differed from other live streams.

Production supplier SWS in Melbourne offered their factory for the shoot as well as supplying all lighting, audio and staging for the stream. It featured GLP X4 bar 20’s, Clay Paky Sharpies, Neo 6 and KVANT lasers, and Martin Atomic Dots that complimented the high energy soundtrack.

The duo were progressively pulled through the space via an intricate Kenysis system provided by ShowTech Australia which opened up the space as the set progressed. As the intensity of the set increased, so did the lighting elements that could be seen on camera.

Watch the full video below.